Hugo's in no man's land: born in Scotland, he's miles away from his family's Italian roots. At the same time, Britain has become a hostile place for his community, demonised when Italy sides with Nazi Germany. To prove himself to his sweetheart, Hugo joins the British Army but must face deeper questions of identity, love and loyalty with unexpected answers.

Hilda De Felice based 'Loving the Enemy' on her Italian father's real-life story serving in the British Army. Collaborating on the stage adaptation, and playing Hugo, is Lorenzo Novani.

"A dramatist and actor of some depth" (The Scotsman) 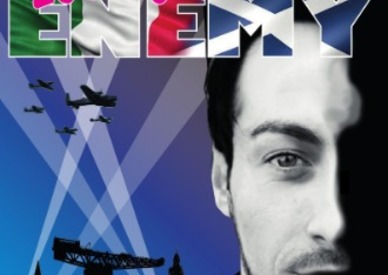