Scott Walker was one of popular music's most fascinating and elusive characters. From 60s pop idol to one of the world’s most celebrated avant-garde composers, he was a huge influence on many great musicians from David Bowie to Radiohead.

He came to England from the USA as a teenager and became an international pop sensation with The Walker Brothers then left it all to follow his own unique path. Singer Andy Davies and pianist Kirsty Newton bring to life this story of adoration, self-loathing, beautiful ballads, unlistenable albums, success, failure and the redemption of madness. 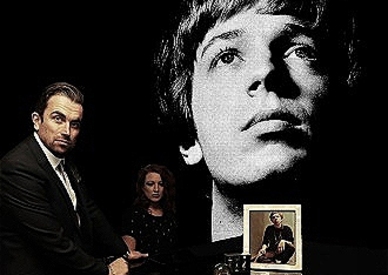