The Guardian's William Fotheringham joins us at Brighton's Rialto Theatre, to introduce a rare screening of 'A Sunday in Hell', the classic 1976 documentary on Paris-Roubaix, cycling's toughest one-day race.'A Sunday in Hell' is widely regarded as the best cycling film of all, a groundbreaking documentary made with more than 20 cameras along the race route, as well as a footage shot from a helicopter - techniques that went on to become standard in high-level sport coverage.Danish director Jorgen Leth's revolutionary film-making techniques capture the unique atmosphere of the race, as riders led by Eddy Merckx take on the gruelling, cobble-strewn course. William is the author of a behind-the-scenes look at the making of the film: 'Sunday in Hell: Behind the Lens of the Greatest Cycling Film of All Time'. At the Rialto, William will tell us the inside story of the film and the race, and there will be a Q&A after the screening.William Fotheringham has covered professional cycling for over 30 years and is a former editor of both Cycle Sport and Procycling magazines. The Rialto Theatre is housed in a converted church, close to Churchill Square, less than ten minutes' walk from Brighton station. We have a strictly limited number of tickets available for this special evening, so do please book early to ensure entry. William will be selling and signing copies of his book 'Sunday in Hell' on the night, and selected books from his back catalogue. If you would like to buy a copy beforehand, please visit William's online shop at williamfotheringham.com/shop/. 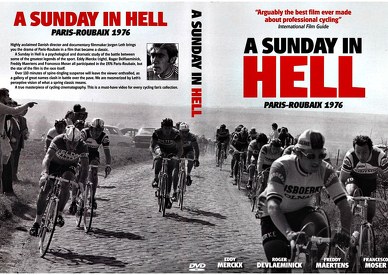