Join us for October Nerd Nite for a cornucopia of evidence based entertainment, with added cake. Be there and be square!Doors open 7.30pm for 8pm startOur speakers this month:Dr Matthew Large - Graphene: Unlocking the power of the mighty pencil Graphene is widely touted to be a "wonder material" because how it acquires unusual and spectacular properties when isolated from its bulk form; graphite. However, while graphite has been known about for centuries, graphene has only recently come into the spotlight; fuelling an entire new field of research into how we can use graphene and materials like it for new technologies, and to improve old ones. This talk takes a look at graphene's origin, history, and some of the weird and wonderful applications that may be making their way into the marketplace in the future. From thermal invisibility to plastic aircraft; rinse-away circuits to new ways of filtering drinking water. All of this sprawling technological diversity is enabled by the humble – but mighty! – graphite pencil. Dr Matthew Large (aka Dr Nano) is a Research Fellow from the University of Sussex, where he works within the Materials Physics research group. Having obtained a degree in Physics with Satellite Technology, and a PhD in Nanomaterials Physics from the University of Surrey, he recently moved across the border into Sussex to further pursue cutting-edge nanomaterials research. His work focuses on learning how we can assemble nanomaterials into structures with useful or interesting properties, with a strong focus on applicability to real-world problem solving. Youtube: https://www.youtube.com/channel/UCcbfB3AIJn0_z1-3lsy-0Cw/featured Twitter: @DrNanoUK Richard Owen - Jungian Psychology - Maps of the Mind With some of his works written over 100 years ago, Dr Carl Jung and his ideas have considerable distance from modern academic psychology. Yet the human mind is fundamentally the same as it was then. With some clarification, Jung's concepts offer a key to understanding the terrain of our inner landscape and everyday experience. This talk aims to shed some light on fairly mysterious concepts such as: the unconscious mind, archetypes and complexes. Where can we see them at play in our emotions and relationships? A Brighton resident, but originally from Newcastle upon Tyne, Richard Owen gained a degree in Chemistry and a masters in Organisational Psychology, via an intervening career in music. His areas of interest include experiential and phenomenological approaches to the mind and consciousness, also multiplicity of self (sub-personalities); in fact all areas of personality psychology. He is a board member of the British Association for Psychological Type and presents at conferences on the subject of typology, advocating a progressive reintegration with mainstream psychology. Locally he runs the Brighton Jungian Psychology Meetup group and does courses and coaching using his Personality Parts™ model.Ariane Sherine - Talk Yourself BetterAriane Sherine is an author and journalist who was also the creator of the Atheist Bus Campaign, the UK's first atheist advertising campaign. The hate mail from this campaign led to Ariane having a major nervous breakdown, and she's been on three pharmaceutical drugs for anxiety ever since, combined with a lot of therapy - all of which prompted her to write her latest book Talk Yourself Better. In this funny and honest talk, she will discuss the process of finding the right meds, the experience of trial and error, and the importance of doing your own research and advocating for yourself. Ariane has written for BBC1's My Family, Channel 4's Countdown and BBC2's Two Pints of Lager and a Packet of Crisps, as well as for The Guardian, The Sunday Times, The Independent, The Independent on Sunday, The Observer, The Daily Mash, New Statesman and New Humanist. Ariane also wrote the bestselling celebrity anthology The Atheist's Guide to Christmas, and her new book How to Live to 100 will be out next year. She lives in London with her eight-year-old daughter Lily. Hosted by Dr Partha Das. 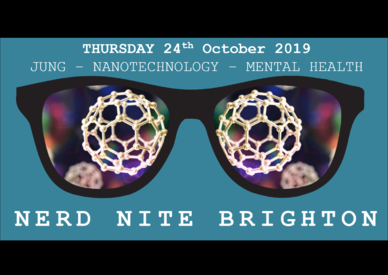