Woman is sat in a therapist’s office. She’s been sent there to deal with her drink problem. But she doesn’t have a problem and she doesn’t need help. She just needs Sue Perkins. They are meant for each other. If only Sue could see that too. But how can she? She’s too busy being a celebrity. So Woman sets out in pursuit of her love. From following Sue’s every move online – to breaking in backstage at the BBC, there isn’t anything she won’t do. But can she keep it all together and win her heart’s desire, whilst battling her out of control drinking? Told by a new voice that expresses, with fierce brutality, one person’s struggle facing life on life’s terms. 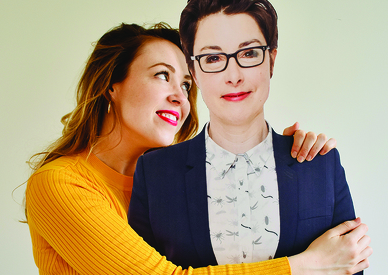