Leaving behind the comfort of her Dungeness campervan, La Springs rummages under her slightly wilted Christmas tree to unpack a glittering array of ridiculously catchy all-original self-penned festive numbers and regale with scandalous showbiz stories from her Ritz to the pits life. She'll sprinkle a frosting of vintage Vegas glitz as she takes you on a cocklewarming trip down memory lane. She might even spill the beans on that night she spent with the Engelbert Humperdink impersonator at the Blue Lotus Motel in the Mojave Desert...

'A gorgeous joy from beginning to end' – BOYZ Magazine

'A rich vein of comedy...Witty and intelligent' – The Stage 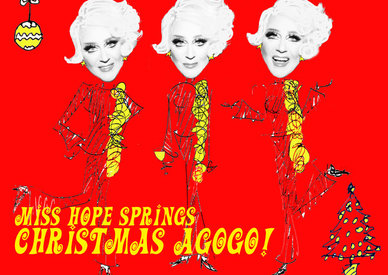