ON THE ROAD with LIZ & JESSIE!

ON THE ROAD with LIZ & JESSIE!

Fresh from their bicycling journey across all corners of this fair Albion, the stars of the web series Liz & Jessie's Undiscovered Country are live on stage to share their discoveries of the undiscovered. And no one has called it a celebrity cash-in show.

Natural story tellers, Liz and Jessie will reveal a forgotten, hidden England. From the Edwardian seaside folly of Royal-Tiny-India-on-Sea to 17th Century roadkill gutting techniques, ON

THE ROAD WITH LIZ & JESSIE is a fun family show with an unexpected magical twist.

Shakespeare and Star Trek said the Undiscovered Country was the Future. They're wrong. They mean England. 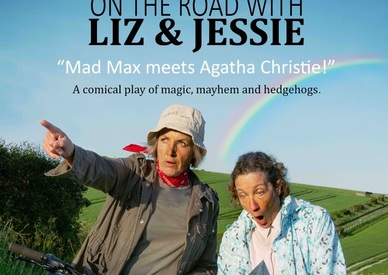