Richard Powers  is a MacArthur Fellow and received the National Book Award. His previous book, ‘The Overstory’ won the Pulitzer Prize for Fiction and was shortlisted for the Booker Prize. He lives in the Great Smoky Mountains.

Praise for ‘The Overstory’

‘It changed how I thought about the Earth and our place in it. . . . It changed how I see things and that's always, for me, a mark of a book worth reading.’ Barack Obama

‘It’s not possible for Powers to write an uninteresting book.’ Margaret Atwood

“Powers is a writer of blistering intellect; he has only to think about a subject and the paint curls off. He is a novelist of ideas and a novelist of witness, and in both respects he has few American peers.” Richard Eder, Los Angeles Times

‘Really, just one of the best novels, period.’ Ann Patchett 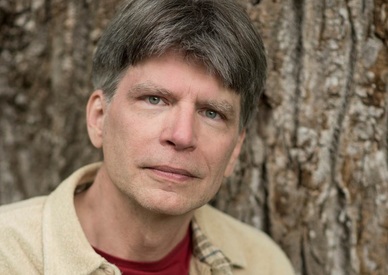